Based on his vast interest in biology, Paul knew in his early years that he would eventually become a Doctor of Veterinary Medicine. He obtained his university degree with honors in Lublin, Poland. During his studies he was particularly interested in English.

Combining his excellent performance at the university along with a fluent knowledge in English, he was able to travel throughout Western Europe several times. He participated in an International Work Camp based in England, climbed the Swiss Alps with his Swiss friend Pierre, and worked in Denmark on atulip farm. The experience he gained while working with veterinarians in Sweden during his summer vacation, political instability in Poland, and eventually martial law, had a major impact on his decision to leave his native land and search for a better place to live. He arrived in Canada in 1982 directly from a refugee camp in Austria. After obtaining the certification of a polish degree at the Veterinary School in Saskatoon, Saskatchewan, he eventually moved to British Columbia. His initial job with the federal government and meat inspection division did not last very long, since his ambition was to treat and rescue animals, rather than using animals for nutritional benefits. His initial 5 years at Burnaby Veterinary Hospital was an excellent training ground, where under supervision of senior veterinarians, he polished his practical knowledge. He eventually realized that in order to fulfill his personal dream, the only option for his future was to own a Veterinary Clinic. "Sunwood Veterinary Hospital" was established in Coquitlam many years ago. He eventually decided to purchase another hospital, "Lonsdale Veterinary Hospital". After obtaining more training and becoming a member of the American Holistic Veterinary Society, his service expanded into holistic field’s such as, acupuncture, laser treatment, herbs, homeopathy, and nutritional therapy. He strongly believes that combining different modalities, analyzing the core of the problem, and emphasizing the root of the problem - provides the best outcome of treatment. He is very aware that it is unrealistic to fix all problems, however he strongly believes that there is hope for every single condition, regardless on the severity.

His mission is to make your visit a special, respectful, and pain free moment. 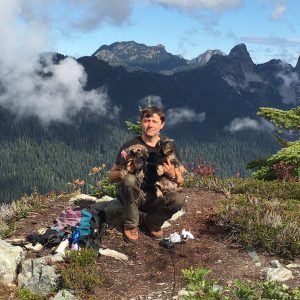 Dr. Kamil Svancara has been living and fully enjoying an active, healthy lifestyle on the North Shore since early 1992. He graduated from a Veterinary University in Czechoslovakia in 1986, where he worked after graduation as a mixed animal practitioner and then immigrated to Canada in 1989. Dr. Kamil Svancara moved to B.C. in 1992, where he owned and had operated 2 veterinary hospitals. About 8 years ago, he decided to spend more time with family and started to work as a locum veterinarian. Over the years, he has transformed his approach to healing animals from the traditional medical model to an integrative approach. Dr. Svancara uses conventional therapy with alternative medicine to transition sick animals to a natural state of good health. Dr. Kamil Svancara has special interest in soft tissue and orthopaedic surgeries particularly TTA surgery for ruptured Cranial Cruciate Ligament (CCL), fracture repair, femoral head excision and patellar luxation. To enhance healing, he also incorporates laser therapy, chiropractic care, as well as stem cell therapy. Other areas of his interests include exotic pets medicine including birds, reptiles and other small furry companion pets.

Paulina was born in Vancouver, BC. Growing up, her family always had pets; mainly two dogs but has also had cats, hamsters, birds and fish. Being the daughter of a veterinarian, she has always had a passion and strong interest in animals. As a child she has always wanted to work in the veterinary field, and has been very fortunate over the years to be able to fulfill her dream with animals. Paulina has a Papillon X, Miszek, and a cat, Kisza